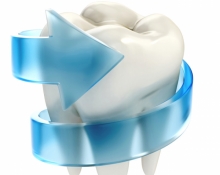 – Make ice compress on the face of the operated area for a period of fifteen (15) minutes interspersed with rest of twenty (20) minutes (protect the skin from direct contact with the ice using cream, Vaseline or a thin cloth;
– Keep the lips lubricated lip moisturizer such as cocoa butter (especially in the corners of the mouth);
– Avoid hot or stuffy environments;
– Do not expose to the sun, serene or rain;
– Do not smoke or drink alcohol;
– Do mouthwash or suction (not feed with straw);
– Do not keep spitting;
– Pour the head higher than the body (use another pillow);
– Lying with its head looking up or to the side opposite to the operated;
– Taking medication at the correct times, as prescribed

– Do physical exertion;
– At bedtime, to keep the head in a higher plane than the rest of the body;
– Lying with its head looking up or to the side opposite to the operated;
– Avoid talking much, preferably bit and down.

– Keep the gauze pad placed over the wound for 15 minutes, then carefully remove;
– Do not touch the wound with your fingers or an object (clip, toothpick, etc.);
– Do not allow food over the points (using soaked swabs in antis antiseptics);
– Some bleeding may occur during this period, as well as bruises, welts and fever;
– Blood stains could be seen on the pillow to wake up.

– Brush your teeth often with little folder except the (s) area (s) operate (s), and should use a post-surgical brush (without touching the gums);
– Brush your tongue;
– Use lingual cleaner;
– Use dental floss normally, with the exception of the surgical area, which should resume normal use on average 10 days and must await approval by the Dental Surgeon;
– Employ the antiseptic solution in accordance with the prescription of the dentist.

– Stop smoking 10 days before the procedure until the stitches are removed and released by the responsible professional.

– A small amount of bleeding may persist in the hours after surgery (blood mixed with saliva);
– In case of heavy bleeding, use cold sterile saline, and put on a sterile gauze pad. Then put on the operated area and keep the mouth closed for 30 minutes.

– In case of sneezing make mouth open and not blow your nose.

– Swelling is a physiological reaction of the organism to surgical trauma;
– If the edema (swelling) persist for more than four days, make bearable hot compress on the face (surgical area) several times a day and to rinse with warm salt water (4 times daily);
– Care during the first 24 hours are crucial to a better recovery.

In case of pain:

– The anesthesia begins to move after two (2) hours. Follow the guidelines and take the medication at the correct times.

– In case of fever, severe pain, excessive bleeding, or drop off points, drop the surgical cement, discomfort or questions, contact us by phone.